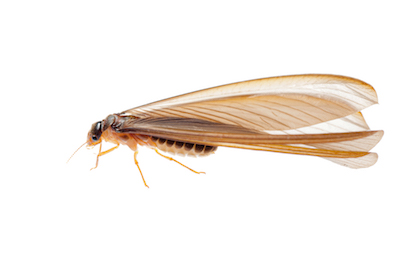 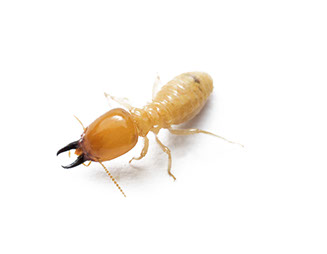 In New England we contend with the Eastern Subterranean Termite, other species of termites are typically not found in the northeast. Eastern Subterranean Termites are social insects living in large organized colonies.  Colonies consist of Workers, Soldiers and Reproductives.  Workers are responsible for consuming cellulose (wood, paper, etc.) to feed the colony.  Soldiers, as their name implies, are responsible for protecting the colony.  Reproductives, comprised of alates (or swarmers) leave the colony to establish new colonies (typically in spring as weather warms) and primary Queens and males which stay in a colony for life.

Eastern Subterranean Termite colonies live in the ground for shelter from light and cold.  They infest damp wood as a food source and prefer damp soil as they need moisture to survive.  Worker termites constantly forage for food, communicating success to other workers through complex secretions called pheromones.  Termites build shelter tubes or mud tubes to protect workers as they deliver cellulose from a food source to the colony.